This is why having a real SNES would be cooler

I whipped this up in a paint program a while back. Bummer that I can't play it like this. 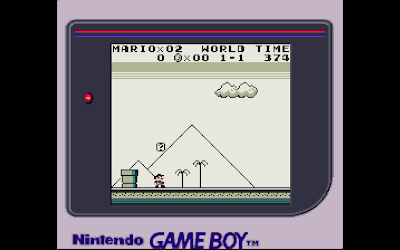 Google Maps in Japan is Awesome

I love how they can put little icons for fast food chains (the orange and blue thing is Matsuya, a soup chain) and stoplights, too! Why doesn't American Google Maps have these?
Posted by Pseudo3D at 10:05 AM 0 comments

This is why I'll probably never upgrade to Mountain Lion 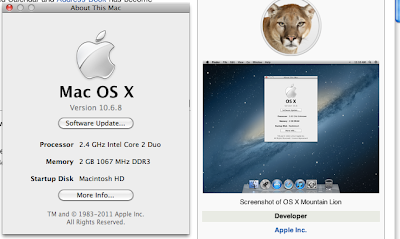 Here's a list of things that are not in Macintosh Garden that I created as part of a huge project last year but never got around to finishing. I'm dumping the contents here (I think it was mostly culled from a few request pages) because it's been sitting on my computer desktop for literally almost a year now (May 22, 2011--last modified). It didn't even get the chance to be edited: at least here in Blogger it's at least a unified color, size, and font...of which the original document had no uniformity.

Shining Flower: Hikaruhana (Voyager, 1993)
A series of surreal animations featuring a character and a glowing flower.

Also, evenings with (old) games and Blue Skies & Nintendo are back.
Posted by Pseudo3D at 2:27 PM 0 comments 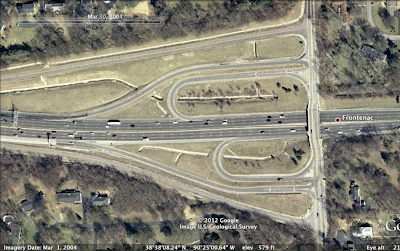 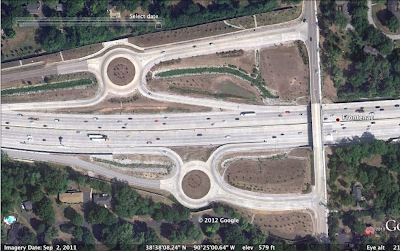 Here's another "Road Rebuild", IIRC this was in St. Louis area (Frontenac! There you go) and is interesting: rather than the myriad of intersections (six) it reduces it to two with the use of roundabouts. Unfortunately, I'm not sure how it's a huge improvement: even if you knew what you're doing, it still results in several nasty curves (take the people going east going off the highway, rather than a straight exit, it's practically an S curve) and if you don't know what you're doing (includes out of date GPS) you'll be slingshotted in the opposite direction.
Posted by Pseudo3D at 5:28 PM 0 comments

Either I forgot or I realized how flimsy my idea of reviving Two Way Roads was. I think what I was planning for partly was merging Evenings with Games and Blue Skies & Nintendo into it, neither of which I really want to get rid of that much, and re-reading the last fateful post made me realize there are a lot of things that I'd rather do.
Posted by Pseudo3D at 1:46 PM 0 comments

Since I'm "cleansing" TWR of dozens of posts, ready to "reboot" it with a new theme and new posts, that means older posts are going by the wayside. That doesn't mean some will resurface here, like this one!

A word of caution to my fellow Mac users:

I have Mac OS 10.6 on my MacBook, and I had some text clippings from a Mac OS 10.5 iMac (G5). So I transferred them to Dropbox, but on the other end, it appended a .textClipping to them and managed to delete the entire contents of them. When Dropbox re-synced, *poof*. They were gone, ruined, corrupted. If anyone has this problem, please post here. Or if you know what happened, post here, too!


EDIT: The only way to properly "save" your text clippings is to stuff them (not zip them). Once I had my text clipping test in a .sit, it formatted normally on its transfer.

Seth said...
Text clippings store all their information in resource forks. The past decade has seen Apple transition from "resource forks" to "extended attributes" (a subset of something called "metadata") that can mimic those forks. There's a very good chance that DropBox does not store these extended attributes. If you zip the files before sending them to DropBox, the attributes will be encoded in such a way that it can be safely transmitted, though. See this article about resource forks and xattrs for more information.

It was originally named "Text Clip Panic"
Posted by Pseudo3D at 5:42 AM 0 comments

Email ThisBlogThis!Share to TwitterShare to FacebookShare to Pinterest
Labels: from the archives, remnants from TWR

Tales of a City II 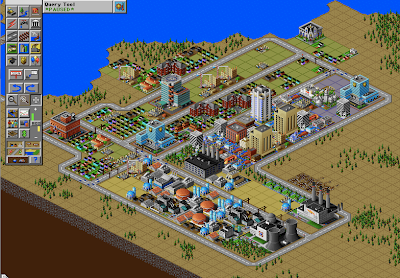 This is my city, shortly after importing it into SimCity 2000 on SheepShaver. I had grown it a bit on Micropolis some more, adding more zones, roads, and the like. The hospital kinda grew on its own. I need to add water now.
Posted by Pseudo3D at 12:28 PM 0 comments

Email ThisBlogThis!Share to TwitterShare to FacebookShare to Pinterest
Labels: SimCity

Tales of a City I

Here's the city, shortly after starting. It's in Micropolis, the open-source version. 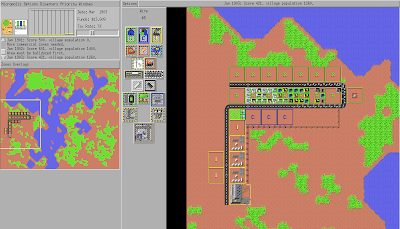 It eventually expanded, with a ring road around the city (it was on the west side of the map) and I think I overlapped some zones, too. It went bankrupt and slowly climbed a few times. I let it run for some more money, so I could create a railroad, and managed to save it before an earthquake completely destroyed the city (simulation was set too fast).

We'll see what it looks like after importing soon.
Posted by Pseudo3D at 3:37 PM 0 comments

Email ThisBlogThis!Share to TwitterShare to FacebookShare to Pinterest
Labels: SimCity

On applying for a job

I want to get a job this summer. The local H-E-B doesn't seem to have any positions open yet, so I decided to apply for a job at Kroger instead, my second option. Besides a local chain that's in Bryan, there's no major supermarket that's not Walmart. And while admittedly I never got actually into the H-E-B application process, I didn't want to do the Kroger one because they wanted my full Social Security Number fairly early on in the application process. It's not enough to give them my address, my phone number, all previous jobs, if I have legal right to work in the U.S., if I have any criminal history, et cetera. They want my full Social Security Number (no "last four digits" or whatever) and they haven't granted me a single interview yet, much a less a job. I mean, the nerve of those people!
Posted by Pseudo3D at 10:34 AM 0 comments

Stuff I'll lose will include the full Windows installation, which will be a lot less painful this time around since I took notes when I installed it. I'll lose SimCity 4 (also will have to be re-installed, along with the tools and updates), I might lose my Plants vs. Zombies data (if I remembered to sync it with the Cloud again), I'll have to reinstall ALL the Steam games I have (not that many, but hey), my BAT progress will be lost, my Python 2.3 install will have to be re-installed, Eversion's data is lost (and I was this close to 100% completion, too...grr...), Treasure Adventure Game is lost (never really got into it), GOG games are lost and will have to be re-installed (they were sent over to Boxer on the Mac side and saved), I Wanna Be The Guy is lost. WinAmp and its .usf plug-in is lost. SimCity 3000 Unlimited and the city I worked hard on is lost. That version of Carmen Sandiego from the mid-1990s that never worked because it required an obsolete version of QuickTime...eh, who cares.

BUT! The big news that although Carbonizer won't do anything for the summer, what WILL be happening is Two Way Roads, the "original blog" which has been mostly inactive, will come back to life with a new post (and hopefully many more following), a new theme, and maybe a new look...provided Google doesn't screw over us bloggers with their "new Blogger interface". In, Around, and About Brazos Valley will continue to post and work through updating posts. Carbonizer, of course, will still be here, mostly posting in a quieter manner. This is my blog, after all.
Posted by Pseudo3D at 9:11 AM 0 comments 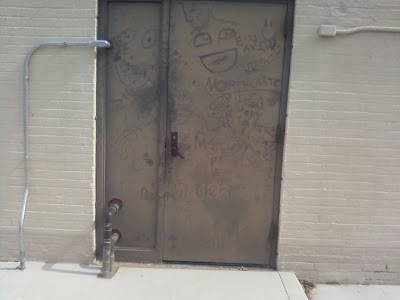 Taken sometime in March in a building off Ross Street (door has since been wiped). While a lot of it bleeds immaturity, the "I Don't Want to Live On This Planet Anymore" parody is brilliant. Click for a better view.
Posted by Pseudo3D at 5:28 PM 0 comments

I created a SNES9x-based wrapper for Chrono Trigger, the SNES game for OS X systems, probably even possible with PPC systems (10.4? 10.5?).

To use it, right click it for "Show Package Contents", open "Contents", and drop a ROM labeled "Chrono Trigger (U).smc" into the "Resources" folder. You don't have to have the American version, however. Just name it that.

It does not include the ROM, and I am not telling you where to get it.

Thanks to my cousin J for helping me out with this one, and the Snes9x team for the fantastic emulator.
Posted by Pseudo3D at 8:27 AM 0 comments