I'll have you know that I went through several versions of this blog post before finally settling on what I really wanted. First, I had this page to discuss urban games, and why they tended to have brown-filtered color palettes (it was inspired by an actual drive through Houston, with there being an overcast and a distinct yet rare "pollution" smell), then it became why urban games are so gritty, and then realized that while I was doing it hard to finish the review because I actually own no open-world games at all as of this writing.

I actually do like exploration yet I'll know that a recreation of "reality" in a video game is impossible because part of what makes it really special is the branding I'll see along the way. I'm currently working on my new US-290 website which replaces an older page on my blog, and recreating a drive through to inner Houston would be great if there was a game that represented it, but I know it will never happen. Part of the fun is all the great things to see along the way. Unfortunately, seeing as most of them are copyrighted brands, that will never happen.

Back in the late 1990s/early 2000s (remember, the Dreamcast had a pretty short life), there was a Dreamcast demo of Crazy Taxi at the local Target. One of the reasons why Crazy Taxi made a bit of impression on me was not necessarily because I relished the idea of driving like an idiot (my driver's license was years away, and there was no way I was able to buy a Dreamcast either), it was that it was the fact that there were "real" brands in there, like KFC, which made it seem more "real" even though it was clearly in a fictional world.

The later rereleases omitted these brands but their distinctive building shapes still remain. 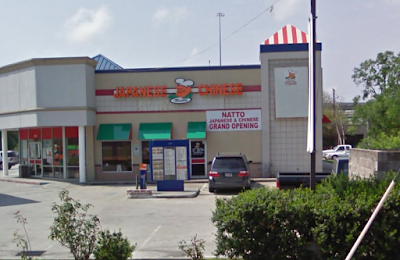 Just like in real life. You realize I have a whole section of my real website dedicated to this, right?

Here's the thing about Crazy Taxi, though, it was not bankrolled by Yum! Brands (or Tricon Global as it was known as back then), they actually had to get permission from the company. At the time, product placement like that was pretty rare. Short of whole games starring corporate mascots (like Cool Spot or M.C. Kids) or other oddities (the Pepsi can in Maniac Mansion), paid advertisements were almost unheard of. A notable exception is the PAL release of Biker Mice from Mars where the whole game turned into a Snickers advertisement.

Of course, we all know what product placement is and it is almost always jarring, because they actually have to show it or talk about it. Filming, however, is fair game. You can clearly see a Chevron sign in the last part of "Comfortably Numb" in The Wall, and I'm sure it was probably unintentional. If you're reconstructing things in a video game, you can't just model the same stuff, otherwise you'll risk a visit from lawyers, which is why developers might choose to make knockoffs instead, and often swap out certain words for others, like "Eastern Union" or something.

Somewhere along the lines, though (looks like early as 2002, though by 2006 it was hitting fever pitch), corporations started to actually pay to get into games by paying them. This I have mixed feelings about.

The first big problem is that it has to be contextually appropriate. Billboards are an easy one and anything in an urban environment is fair game. Yoot Tower, which I will cover at my website in due time (soon, I hope) features billboards for GameWorks, which you could also place as an actual item inside your megastructure. Where it is not appropriate is inappropriate settings, most notably Battlefield 2142, an FPS set in the far future (bonus points for the fact that within a few years of its release, Pepsi radically altered its logo). 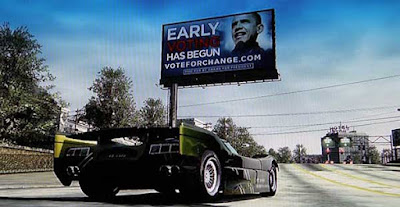 Video games are for getting away from politics. If they pulled this during the ugly 2016 election and the two "pick the lesser of two evils" candidates, then this would've been trashed.
The Sims series was another series that used product placement quite well, frankly. I like SimCity, but I never really played the full The Sims games. I did tool around with the vanilla version of the first The Sims game, but I tired quickly of it and got to the point where I eventually grew tired and frustrated of my rapidly deteriorating family unit and put them in a tiny room with almost nothing until they starved. (It may seem cruel and to some extent it is, but don't deny it, everyone who played The Sims did that sooner or later. I suppose expansion packs and downloadable content could've stretched that out (and The Sims did have plenty of that) but if the vanilla game is that bad, then there's little DLC can do besides just wasting time and money.

However, The Sims was a runaway hit for Maxis and EA and work began on an online version. This time, companies like McDonald's and Intel actually paid to be in it, a far cry from the "pay or permission" style of games even just a few years prior.

Unfortunately, The Sims Online was not a success, partly because the environment was so different from what players were accustomed to in single player (rather than a family with a growing income, a single Sim that must grind for money), and there was nothing Maxis could do to fix it. A single glitch in 2005 that created more money than it should've (I'd like to cite it but the only reference is the Wikipedia article itself) destroyed the economy and in 2007, to breath more life into the game (with its subscriber levels in the toilet) and fix the broken economy, EA allowed user-made content into the game, and like Second Life just became a wasteland of whorehouses before shutting down a year later. 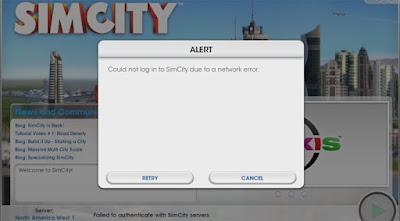 ...and EA never learned their lesson in terms of "Online Sim games that no one asked for" [image source]

Still, The Sims did well offline and greenlit a sequel. At this point, the series was a cash cow for EA and not only did EA release EIGHT expansion packs, they also released cheaper "Stuff Packs", which were sold in stores, and after five of these, released a branded version, the H&M Fashion Stuff Pack, which included clothing items and H&M-related items (perhaps for use with the "Open for Business" expansion pack).

Problem is, as some snarky reviewers noted, you're buying an advertisement, and unless you really, really love the brand, there's probably just as good mods that do the same thing. This is the sort of thing that should make a good promotional thing, a digital download to be found in stores, coupons, mail-in rebates, and all that. There was also an IKEA stuff pack released a year later. 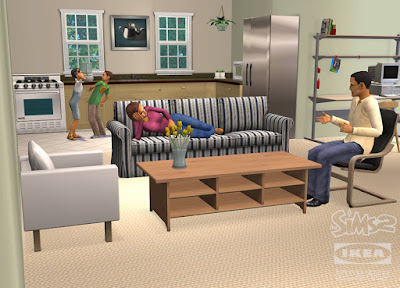 "Look, sweetie, I know you think it's very comfortable, but we need to go home soon. The sink and oven don't work, and people are staring at us." [img source: Softpedia]

The second big problem is even when you've got a context-appropriate game, you run the chance of ruining realism. If you've got your urban game (or whatever) and strike a deal with McDonald's (or whatever, but we'll use McDonald's for this purpose), it's unlikely anyone else is joining the party. In a "real" environment, there will be plenty of McDonald's restaurants, but there will also be things like Burger King, Wendy's, Whataburger, In-N-Out Burger, Carl's Jr. (or Hardee's), Sonic, and Jack in the Box. It's unlikely but possible all of those exist in your town, but even two of those appearing in a game would be unheard of.

Even if you could scrounge up sponsorships/permissions for everything you could want, the result would look like you completely sold your soul to advertising. 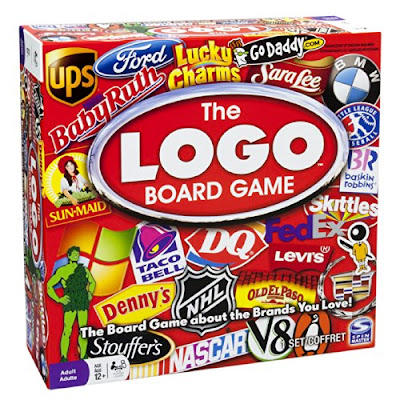 On top of all that, product placement usually requires specific rules on what you can do with it. Going back to the "sandbox" and the Battlefield 2142 example, product placement will do anything to make their product look good. The Gran Turismo series mentioned in that same article will not let you damage cars, despite running into things. Any brands will always use their most recent logo, prototype, and products, so you won't find a "red roof" Pizza Hut if they were to sponsor a game today. It's probably why product placement isn't found in things in most urban sandbox games.

The general idea in all of them is that you're either a criminal or a cop, living in a world of crime. You can play with those moral choices a bit. Playing as a criminal could mean you're as evil as they come or an anti-villain who just was thrown into the wrong circumstances. A player character who is a police officer (usually in a "clear my name" plot) can either fairly uphold the law and harm no one, or is the type that would put a bullet in the neck of a petty thief who just robbed a convenience store. No corporation would want something where you could walk in and damage or steal things. They wouldn't want you to essentially recreate the 1984 San Ysidro McDonald's massacre or rob a 7-Eleven.

But, what if there's another choice? If you really wanted to explore a virtual world where you wanted to see real world brands, why not add it yourself? In my SimCity 4 review, you could see that there's a Days Inn, and that was not sponsored, endorsed, or associated with Cendant Corporation (which owned the Days Inn brand at the time).

Yes, I suppose you could. Since game mods make no money according to EULAs anyway and I can't remember any company actually going after a modder, it seems that this is the more "acceptable" choice. You could try to improve open-world games with real brands but all you'll end up with is just texture swaps and you'll be lucky if half of them are contextually correct and properly scaled, but sometimes it can be done right only if most of the assets were originally intact, which they were.

But even so, the demand for games that actually can use product placement for a betterment of the product is diminishingly small. So far we've identified that only simulation and sandbox/driving games can really use it effectively (and even that is fairly dubious), everything else is just an annoyance that needs to be purged.